Perfection and Wabi-Sabi in music

Four years ago, Aneta decided that enough was enough. She needed to balance her architectural studies with some activity away from the computer, just working with her hands. She decided to take up ceramics as a hobby. Oh, to make something with her hands that she could finally look at, even touch! That made her feel good. This is how beautiful plates, cups and bowls came into existence, until today. She forms the fine ceramic containers and glazes them in her own oven at home. Now, she even sells them over the internet.

The bowls, plates and cups that Aneta sells are not perfect: the edge is not straight, the color is not even, the shape is not perfectly round ... And yet, many people want to buy her items. I'll come back to that later.

The promise of the audio CD

Who could have guessed that with the introduction of the audio CD in 1982, not only the record industry, but also the entire business of live classical music would be turned upside down?

All at once, a new possibility arose to consume music, without the usual distortions of the LP. The CD brought a new promise instead: a digital, clean, flawless sound, forever. Thus, the CD exploded our analog world, also forever.

Suddenly, classical music sounded perfectly clean in the living room. From there it’s a small step to the illusion that a classical concert should sound just like a CD. This raised the expectations of the audience, the critics, the agents, the musicians themselves. But a classical CD and a classical concert are two different experiences.

Resonance as an interpersonal phenomenon

What the CD can not reproduce, no matter how hard it tries, is resonance. Going far beyond the acoustic phenomenon, I mean the resonance that moves listeners, which takes place between the ensemble members, between the musicians and their audience. That's why people go to a concert: because it's exciting not to know what's going to happen. And also because it's touching when musicians show themselves, and that's what spectators want to see on stage: real people. And finally, people go to a concert because what's going to happen is a unique moment and does not return. It's different every time, even if the same artists in the same room play the same music as the night before.

Now, there is an interesting phenomenon going on lately: we're witnessing the return of the LP record, and more, since the breakthrough of streaming services such as YouTube and Spotify, a drop in CD sales. Out of all things the LP, which was already dead, comes back, albeit as a niche product, but stable. The LP which is not perfect, which sounds different every time. 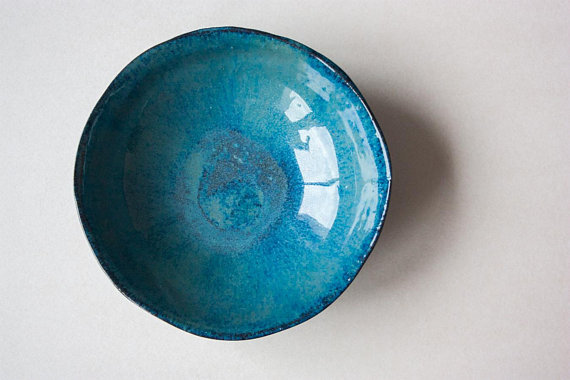 The principle of Wabi-Sabi

Let's go back to Aneta and her ceramic bowls. Precisely because her pieces are not perfect, people want to buy them: her creations are beautiful because they're unique, irreplaceable. Just like any of Aneta's ceramic bowls, every concert is unique. Each concert offers a unique sound experience, created in the present moment, is precious, because it's unrepeatable.

This is the principle of Wabi-Sabi, a Japanese compound word that means imperfect, irreplaceable, unfinished, composed of the words wabi: nature, breathing, living, hermit, and sabi: showing patina, maturity. It stands for the beauty of the transient, the unfinished.

Many musicians talk about the necessity of not discussing everything before a concert, of leaving open spaces, and some of them are not just talking about it but simply doing it: Christian Tetzlaff, Patricia Kopatchinskaya, Fazil Say, Tabea Zimmermann, Barbara Hannigan, Carolin Widmann, Frank Peter Zimmermann, Pablo Heras-Casado, Wilbert Hazelzet, Skip Sempé, just to name a few artists. They all have taken the lead in terms of openness, putting music and musical emotion first, and only with that as a base comes technical perfection.

Now, you can argue that all these artists already bring technical perfection to their instrument. The eternal question, who was there first, the hen or the egg? Without wanting to get into a philosophical discussion, I'm interested in the practical experience. Let's suppose for a moment that Ms. Kopachinskaya plays so brilliantly because she puts the content of the music, the emotion, first, and not whether her playing is technically perfect. Let’s just suppose that. Anyone who has been to one of her concerts knows that she's not afraid of producing "ugly“ sounds, that she does not shy away from performing on stage with her music on her music stand, no matter if she's playing the concert of Beethoven or Kurtág. And still, often the audience is so entranced with her that it simply has to break into applause after a first movement, against better judgement.

It takes courage to show up as a musician with Wabi-Sabi, the impermanent, the unfinished, on stage. Because, reality check: we're all imperfect, and, second reality check: no-one likes to show it. However, it's precisely by showing ourselves this way when we connect with others: when we open spaces in which a true exchange is possible, when we can trust what we feel and really share something through our music. Those spaces cannot be counted, scaled. Not like "I played my piece without mistakes 10 times in a row".

The things that really matter in life are not numerable. It takes courage to dedicate ourselves to what we cannot count.

I send one email every two weeks with thoughts from my own practice as a musician and resonance teacher. Some of it ends up on my website, some of it remains for the eyes of my email subscribers. I hope that my emails can inspire, challenge, or give you something of value.

I treat your email address with kid gloves. Unsubscribe forever with one click.

I'm Maria Busqué, a musician and music physiologist living in Berlin. I write about the space that touches life and music. Thanks for visiting.